Scorsese’s Silence is admirably faithful to the original Japanese novel 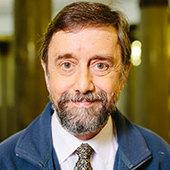 The blogosphere has been awash this month with reviews of Martin Scorsese’s latest movie, Silence. The work represents a powerful reworking of the novel of the same name by the Japanese novelist, Endō Shūsaku and I, for one, shall never forget one of my first meetings with Endō.

It was towards the end of 1994. Following weeks of speculation that this was somehow Japan’s year to win the Nobel Prize for Literature – with Endō and Ōe Kenzaburō, his contemporary on the literary scene, as the overwhelming favourites – the announcement had just been made that the award had gone to Ōe. I had had a few dealings with Endō during the course of my attempts to translate two of his lesser known novels, but I could not help but be impressed by the typical good grace with which he took the decision. And, given the fact that he had also recently been confronted with a terminal medical diagnosis, our conversation soon turned to discussion of what might loosely be termed his “literary legacy”.

Endō had only recently published his final novel, Deep River (1993), at the time of our conversation – and this latest work had yet to garner the reviews that would ultimately place it on a pedestal with his early novel, Silence (1966). He had also just come from a meeting with the director Martin Scorsese – and was happy to confirm that, in light of the author’s well-documented disapproval of Masahiro Shinoda’s earlier movie version of Silence (1971), Scorsese had agreed to create a new version of the novel for the screen. More specifically, Endō was at pains to explain his displeasure with the way in which Shinoda had rendered the all-important fumie (crucifix) scene. This is the scene in which the protagonist Rodrigues, a Jesuit priest who slipped into Japan in the 1630s in open defiance of the prohibition on all preaching of the Christian gospel, is ultimately confronted with the order to step on a crucifix as an outward act of renunciation of his faith. He must do so not only to save his own life, but also those of the poor Japanese peasants who are being threatened with ongoing torture until their priest apostatises.

To Shinoda, Rodrigues’s decision to trample the crucifix represented a relatively straightforward act of apostasy – he saw Rodrigues as ultimately cracking under psychological pressure and renouncing all that his life to date had stood for. Shinoda chose to make this point by ending his movie with a portrayal of Rodrigues, the “fallen priest”, apparently living on following his renunciation of holy orders by taking the Japanese wife who is offered to him by the authorities as reward for his act of cooperation.

But Shinoda was not alone in this interpretation: much has been made of the fact that Pope Paul VI once urged his flock, in a sermon at Nagasaki cathedral shortly after publication of the novel, not to read Silence. He depicted the novel as tantamount to a vindication of blasphemy.

It is not difficult to see where such readings are coming from. The crucifix scene does indeed portray Rodrigues as terrified at the realisation that refusing to renounce his faith will lead to the murder of the Japanese peasants he had converted (even though, he is reliably informed, they have long since renounced the faith) and disturbed at the seeming absence of any kind of divine response to his desperate prayers. So when God appears to break his silence with the simple command that Rodrigues “trample!” on the crucifix that has been placed before him, the words on the page do seem to sanction an act of heresy. But such a reading fails to do justice to the message between the lines. Endō was, after all, writing literature not theology. And, like Dostoevsky, Mauriac and so many other artists who have struggled to give voice to issues of faith in a literary work, he writes about doubt too, and hints that his protagonist is possessed of a more profound, more personal faith following his outward show of apostasy than before. Why else would Endō make a point of concluding this crucifix scene with a cock crowing – with all its overt resonance with the biblical account of Peter denying Christ three times, before going on to recognise the resurrected Christ and move into deeper relationship with him?

More significantly, Endō chooses to end his work not with the crucifix section (as it is all too often portrayed), but with a focus clearly on Rodrigues assailed with doubts, but agreeing to hear the confession – in his capacity as “the last priest in the land” – of his erstwhile betrayer, Kichijirō. The book ends some 30 years later, where we see Rodrigues, now renamed as Okada Sanemon, still deprived of his freedom by the authorities and still being forced to write formal documents renouncing his faith. Scorsese has gone to considerable lengths to ensure that his movie does justice to the deep theological questions explored by Endō in the text. Far from committing a straightforward act of “heresy”, Scorsese’s Rodrigues (Andrew Garfield) embodies the terrifying struggle between faith and doubt, a struggle with which Endō himself was familiar, and which arguably lies at the very heart of what it means to be human.

Endō’s Rodrigues can perhaps be described as one seeking to be faithful, seeking to make sense of life and faith in a complex and shifting world. My feeling is that, in seeking to capture this, Scorsese too has been faithful – to the text and to the deep questions within it. Suffice it to say that I can picture Endō looking down on Scorsese with a deep sense of gratitude for a job well done.

The “Conceit” Used in the Remake of Ingmar Bergman’s Scenes From a Marriage
by Mary L. Tabor
Oct 13th 2021
EXTRACT: "Having watched both the original and Hagai Levi’s remake, I am struck by the intensity of both and, in contrast to many reviewers of the new HBO mini-series, many who disparage it, I assert that Levi has, in fact done a sterling job of both recreating and, indeed, increasing the intensity of the original. The performances by Chastain and Isaacs are marvelous, moving, and in each episode, both hold the viewer with their immersions in the roles."

Bailey-Cooper PhotographyAlamy 9/11 inspired an outpouring of classical music – too much of it thoughtless and emotionless
by Ian Pace
Sep 11th 2021
EXTRACTS: "I have questioned before whether certain works explicitly thematising traumatic events amount to a meaningful response. They could be criticised for rendering the trauma aesthetic. This has the potential, as cultural theorist Theodor Adorno warned in response to art after the Holocaust, of enabling people to derive pleasure from it, and that can be heinous. I would not wish to argue that composers, or other artists, should refrain from engaging with such events, nor that there have not been immensely successful works of this type." 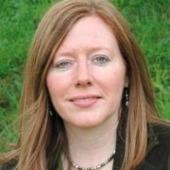 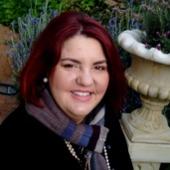 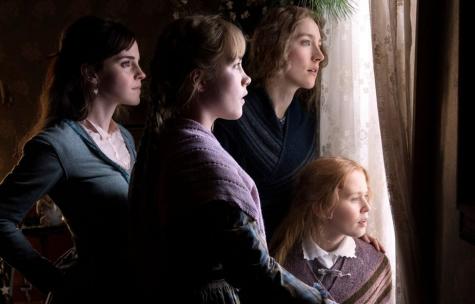 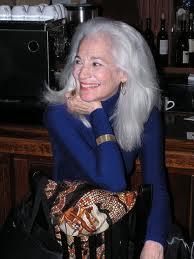